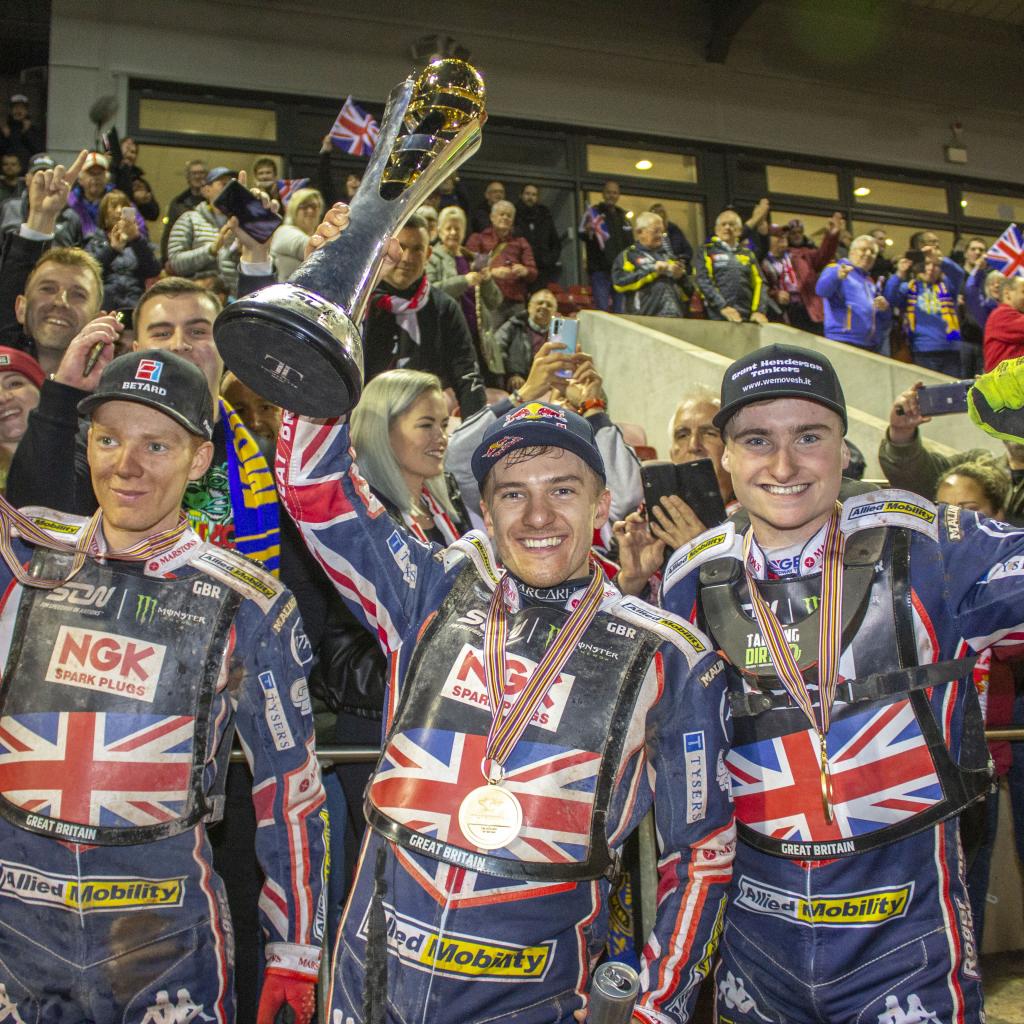 IT all began with an ATPI event.
It ended with a gold medal for Great Britain.

Yet just a day earlier, GB’s bid for glory started with a fabulous fans get-together organised by ATPI at the Holiday Inn in Manchester.

Great Britain No.1 Tai Woffinden - injured in Saturday’s racing - kicked off the road to gold with a rallying all to the supporters. Lambert, Brennan and Bewley also revealed their confidence of getting a big result.

The GB stars, all back by ATPI, then delivered thanks to a dramatic final when Lambert and Bewley outgunned Poland at the National Speedway Stadium.

Belle Vue star Bewley was brought into the side after triple world champion Woffinden crashed out and was injured on the opening day on Saturday.

He said: “It was an incredible feeling. Once I saw that Pole Magic Janowski had fallen, I knew we’d done it but still had to stay on for three laps.
“I must admit it felt like I’d forgotten how to ride a bike. My arms went weak knowing we were on the verge of gold.
“It’s very special to have won the Speedway of Nations on my home track and where I started, in front of the fans who have supported me from day one.
“This is for the fans of Great Britain. We’ve had to wait for so long and it was awesome to get the chance to race and win it.”

Bewley and Lambert knew avoiding last last place in the final would hand them the world title but the Cumbrian found himself at the back on the first lap, only to bounce back and earn Great Britain's first gold medals since the World Team Cup Final in 1989 – when Lambert had only just been born!

Lambert said: “We have had a hard weekend with Tai getting injured. But obviously we had a strong guy to come into the team in Dan.
“I was born in 1998. It’s the first time in my lifetime that I have seen Great Britain as world champions, apart from Woffy being a world champion as an individual.
"It’s a great feeling and I am going to treasure this gold medal for as long as I live.
“We did it with such a young team as well. Dan and I went out and did the business in the last race at such a high level against the two best Poles in the world.
"It’s such a great feeling for us and also GB. I am very, very proud of everyone involved.”

ATPI CEO Ian Sinderson admitted that he was delighted with the result. He added: “It’s a result that the Great Britain management, riders and backroom team all deserve.

“We at ATPI are very proud to be associated with such a professional national set-up and we believe this is just the start of a successful future and partnership.”