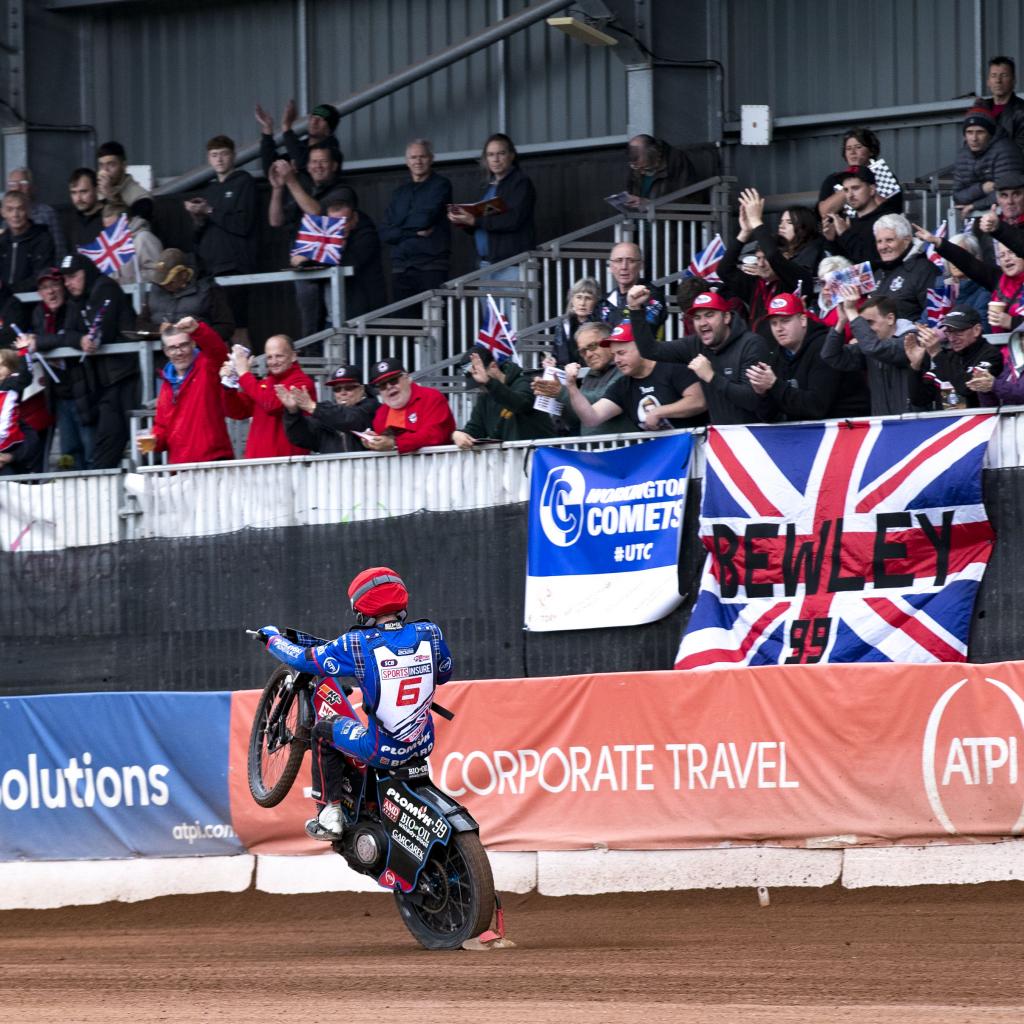 The ATPI ambassador produced another glorious moment in a memorable season to win the British Championship on Sunday night.

DAN BEWLEY became the new king of British speedway - and the first champ to win under a king.

The ATPI ambassador produced another glorious moment in a memorable season to win the British Championship on Sunday night. There has never been a British Champion while a king has ruled the UK, since the event began in 1961 it has always been Queen Elizabeth II on the throne.

But now Bewley wears the crown on the shale having become the new poster boy of the sport in this country within the space of six weeks.

Typically laidback Bewley, 22, was certainly not fazed by being the first national champ under the realm of King Charles III. He said: “It’s nice to make history always. I don’t think any further than that, it’s just nice to get the win. Will I be made Sir Dan by King Charles one day? Maybe. I’ll need to win a lot more races yet!

“It’s cool for me to have won the British Under-19, British Under-21 and now the senior title. It’s something I’ve wanted to do for a few years now"

“It’s always nice to come back and get a good result. I know I was the favourite but I don’t really think about pressure. It’s just fun to go racing to me. This is just a meeting where you want to go good in the heats and get straight to the final. It’s the first time I’ve actually got the job done."

“This year has been brilliant yet I don’t feel I’m doing anything massively different to last season. To be honest, today doesn’t change anything. I don’t feel I ride on confidence, if that makes any sense. I feel like I know what I can do, I know I can ride the bike fast. But winning is about making the right adjustments and decisions. It’s about being the complete package"

“In Vojens I felt good and was fastest in practice. But I just didn’t translate that into any points really. That was down to starts mainly. Malilla was just the total opposite to today. Sometimes you have those days when everything you do seems to go wrong. I started off with a crash in practice. I then felt like every move I was making wasn’t paying off. It just wasn’t working.”