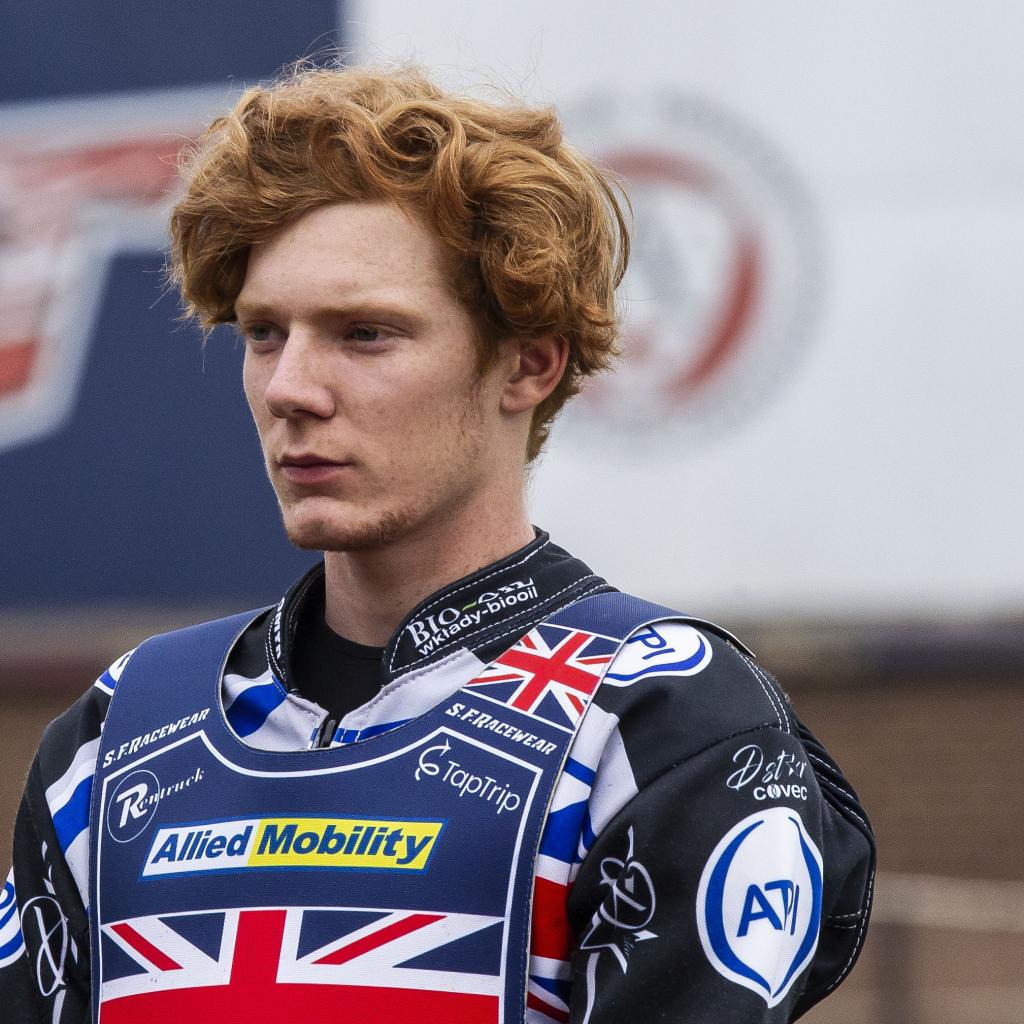 BEW BACK IN VUE

DAN BEWLEY admits he needs to take his racing “up a level” as he prepares for a debut season in the Grand Prix series.

The cool Cumbrian was given the shock call-up after the sport’s governing body ruled out Artem Laguta and Emil Sayfutdinov due to Russia’s unlawful invasion of Ukraine.

But ATPI-backed Bewley, 22, typically played down any excitement about taking his place in the elite.
He said: “Everybody is aiming for the same thing. I just want to show up and do a good job. I feel like I put everything into it. If I give it 100 per cent in every GP, whatever the result, I’ll be happy.

“If you look at all the GP riders their averages are all over two in the Ekstraliga. Mine was just a bit under that last year. The idea is to get that up a level.
“It is expensive, there’s a lot of extra costs. We’ll have to tackle that somehow. I’ve been happy with how we’ve been working this winter with bikes, now we’ve got a bit extra to do.

Bewley also is looking forward to taking on his Speedway of Nations gold glory Brits at Belle Vue.
He returns to the National Speedway Stadium in Manchester for a rare appearance on March 21.
Bewley will bid to defend his Peter Craven Memorial title against a a top field including fellow countryman World Champs Tai Woffinden, Robert Lambert and Tom Brennan.

He said: “It will be cool to be racing again. I don’t feel I need practice laps to get my hand in again.
“I just want to come and race at Belle Vue, obviously I wish it could be more. I’m looking forward to it a great deal. The line-up looks awesome.”

With remarkable maturity, he believes that the success of last year’s Speedway of Nations win is just as important to set the bar as high as possible for the red, white and blue.

He added: “It was just the way sport goes. Obviously for Great Britain it was important to show we didn’t just have two good riders, we have four. In years gone by people would say GB only had one rider. Now let’s hope we are moving away from that a bit and making people more aware of what we are capable of.

“Getting the win at Speedway of Nations was a big moment. It shows that we can win.
“Previously there was perhaps an acceptance that silver or bronze was a good result. Now we’ve shown that gold is the very best. Nothing else is going to compare to it unless you get gold again. It sets standards and keeps them very high which to me is very important.”

There’s little doubt the Great Britain revolution under Rob Painter and Vicky Blackwell is paying dividends in mentality, fitness and now success.
The GB Academy has been backed by many top brands like ATPI and Rentruck from its initial days as No Limits training days.

Now it’s up to the next generation to take inspiration from the Speedway of Nations glory.
Bewley continued: “It’s the same for every rider, if they want success, they’ll work hard to get it. It’s down to every individual to show the desire and all-out workrate to get to the very top.

“I’d obviously like to see more riders come through. There is another generation coming through which we have seen with Great Britain, and they have been with this crop right from the start really.
“But so many other countries have got youngsters as well like Poland and Denmark. It will be interesting to see how they progress.”