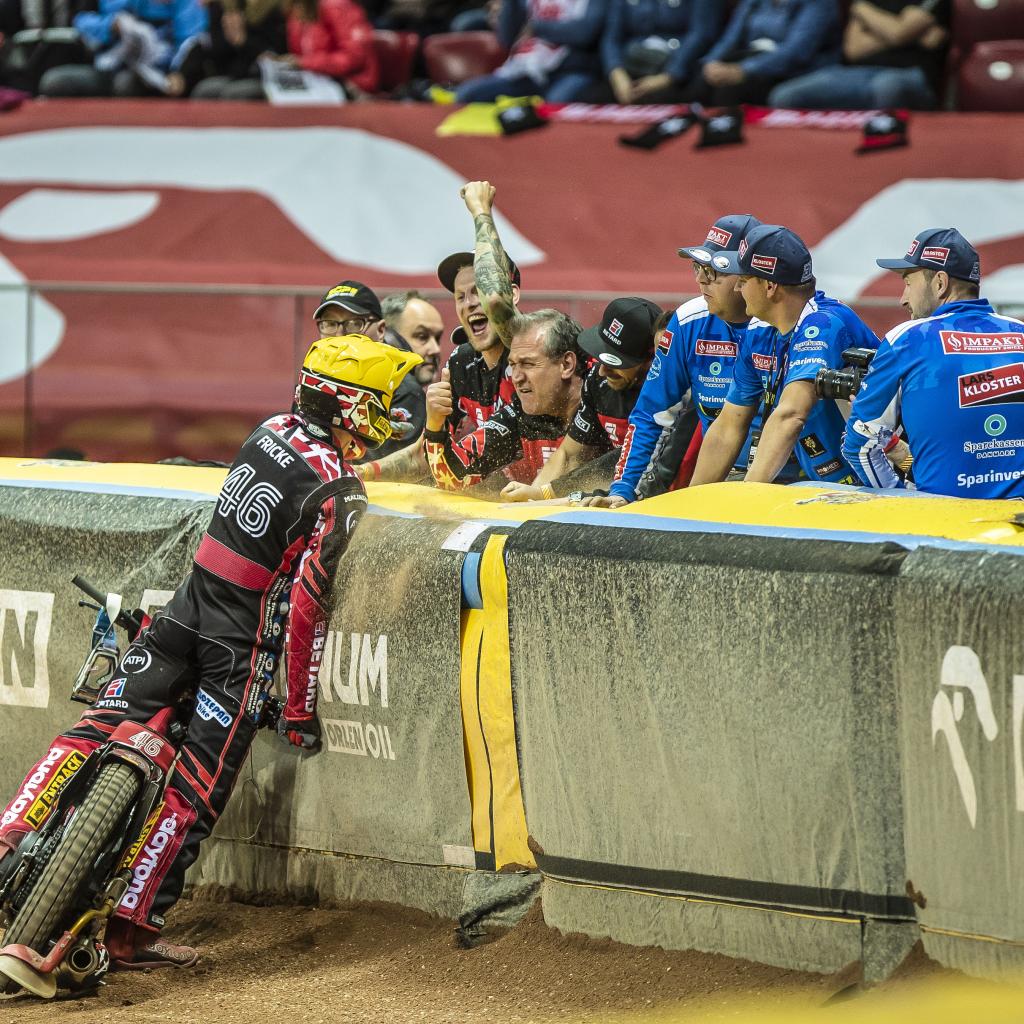 ATPI star Max Fricke is on top of the world...

“This is so surreal. It’s unbelievable to be here in this stadium with 50,000 people, it’s been amazing." Max Fricke

Australian star Max Fricke admitted it was “surreal” to win his second Grand Prix in front of 50,000 fans in Poland.

Fricke 26, then returned to the UK to spearhead Belle Vue ATPI Aces' home win over King’s Lynn at the National Speedway Stadium on Monday night.

He said: “This is so surreal. It’s unbelievable to be here in this stadium with 50,000 people, it’s been amazing.

“To bring a bit of the Aussie flag to Poland in this GP, it’s an unreal feeling and I’m just pleased I’m on the top of the podium.

“I was pretty disappointed after the first one, I’m not going to lie. I managed to re-group and get back out there and do it again.

“A good start and good first corner really gave me the speed for the rest of the race.

“Croatia was pretty disappointing for me. I had to have the bit between my teeth to come back here and to move a little bit further up that leaderboard and regain some positions I missed out on.

“Job done here in Poland and hopefully we can move on and have a successful rest of the GP series.”

Fricke returned to the UK with the ATPI Aces in sensational form after huge home and away wins over the defending Premiership champions Peterborough.

He scored 12 points as the ATPI Aces won 48-42 including a vital last race victory to secure the points.

Fricke said: “It was a tricky track tonight but the main thing was to get the win. The boys really pulled together against a tough King’s Lynn team.”